Shoah Film Collection @ 11th Warsaw Jewish Film Festival @ POLIN – Museum of the History of Polish Jews
Like the manifestations of Shoah Film Collection in Riga 2012 and Vilnius 2013 (shortly before the manifestation in Warsaw), also “A Virtual Memorial Warsaw 2013” – dedicated to victims of Warsaw Ghetto – has to be considered as an experimenting for an ideal representation form of the different kind of art films. Due to the different venue than 2012 – the new Museum of the History of Polish Jews in Warsaw – the art videos of Shoah Film Collection were – differently than 2012 – not screened, but installed on a couple of monitors @ the area in front of the screening space at POLIN – the prepared programs were looping on monitors. This presentation form made the difference between the two different forms of “moving images” obvious, but the installation included naturally (unfamiliar) interactive components which hit mainly the interest of young aged visitors, while the older aged visitors were not really accustomed to the “unusual”. One reason may be like 2012, that the manifestation of Shoah Film Collection, its aims and meaning was not communicated to the audience via an introducing lecture, workshop or other ways. While the art videos were fully, but in a way too much integrated in the film festival in 2012, the manifestation in 2013 was actually the contrary, since there was no real conceptual connection between the feature film screenings of Warsaw Jewish Film Festival and the installation at the museum space. Like in 2012, it was even more a pity in 2013, that the aims of Shoah Film Collections were not communicated during the event, an unfortunate form of honouring the memory of the victims of Holocaust, and a wrong signal to the Jewish and non-Jewish visitors. It is certainly most interesting and attractive when two different art forms following similiar goals and missions join in a common project, but it should be in a way, that the audience is not left standing in the rain. On the other hand, being presented at the new and most magnificent POLIN – the new museum of the History of Polish Jews – speaking for itself – was really an wonderful experience, because there was no better place for honouring the victims of Warsaw Ghetto. Shoah Film Collection @ 10th Warsaw Jewish Film Festival
The presentation of the videos, listed below, was their integration in the usual festival program. Each of the film festival programs was opened by at least three short experimental art videos from Shoah Film Collection. This was an experiment, also in this sense that neither Shoah Film Collection, nor the individueal videos were introduced to the audience, so that many of the film visitors expecting a usual film program were quite irritated by the moving images and the concept behind. As such, that would not be bad at all, since irritating and provoking the senses is generally an artistic goal. However, the audience was not warned and did not understand the combination of feature films and documentaries with the concepts of the unusual art videos. So, the conceptual lack of this kind of combining two different image formats which have generallys not much in common, was not an ideal introduction of Shoah Film Collection to an audience who had completely different expectations, which the visitors also could not verbalize, because there was no time for discussion, neither before, nor after the screening. The experiment, howwever, was successful in this sense, that it became obvious, that combining cinema and art this way, should better be not repeated. 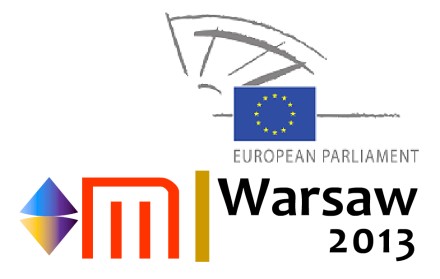